Small numbers of centralised, large scale generation assets provide the backbone of electricity grids worldwide.  Currently, the grid that connects every power user to these generators simply allows for power transfer and nothing else. The smart grid concept is to allow communication between distributed users and generators, promoting greater flexibility and efficiency in reticulated electrical power management.
In Australia, our reliance on coal fired thermal power stations to generate the bulk of our electricity inexorably links every one of us to the greenhouse gas emissions they release.

And we thank you for that, but what do you do with all that electricity you generate during the day when you’re not at home?  You’re not using it during peak demand periods when you (and the vast majority of end users) come home from work, turn on the lights, cook dinner then retire to the couch to watch TV.  If you are taking advantage of generous grid feed in tariffs, you are pumping that power into the grid for distribution to other users (and are probably prohibited from storing it onsite as part of that agreement).
So what?  Well there are a number of issues that arise in this scenario.
Firstly, all that extra power is being generated when there is little demand for it.  Essentially what happens is that big generators will sell their power for a bit less during periods of low utilisation so distributors will still buy it from them.

“How does my small solar panel array feeding into the huge network cause instability?”

Well the thing is that the variable output from many smaller generators feeding into a dumb grid isn’t the instigator, but it doesn’t help solve the problem. Every time you flick on or off a light, heater or kettle you are causing a transient load on the grid. Multiply this by the millions of end users on the grid and you can see that the network is in a constant state of flux.  Include refrigeration or electric drive units at big industrial users and it illustrates that large transients can occur at any time.  While some of this this transient loading can be trended to the hour or maybe even to the minute, it is impossible to predict to the millisecond required to provide the appropriate stabilising response. When you have many variable generation sources adding to these fluctuations, you can quickly run into problems.
Traditional networks use the large generators to provide a shock absorber function to the network.  With a large number of smaller generators, this response is harder to co-ordinate.  Think about an ants’ nest responding to an intruder.  If they all move together towards the threat then they can provide an effective response; if they all move independently then they have no chance of success.  So co-ordination of the smaller power sources to allow response to network transients is paramount to network stability if we are going to move to greater utilisation of renewable energy sources.

If your power meter can talk to others in the area and a local control node, you can offer your small generation capacity as part of a co-ordinated response to network variability.  This increases the amount of renewable generation capacity that the network can tolerate.  But we still have that dearth of power during the day.

“Why don’t we just store the excess during the day and feed it out at night?”

Excellent!  Now you’re beginning to see the true value of the smart grid.  Presently, once power is converted from the stuff that comes out of solar panels and wind farms into the waveforms suitable for network reticulation, it cannot be stored.  The present methods of getting around this are using that power to do work that can be used for generation later (like pumping water uphill to power hydroelectric turbines later) or just selling the power for less (like we saw above).  Are expensive banks of lead-acid batteries under everyone’s houses the answer?  Well not exactly, it’s a lot more expensive for the domestic end user to install this capacity and with current technology it’s not the most efficient method either (but more on that another time).  Medium sized renewable generators and those with large onsite storage capabilities on the other hand are much better suited to provide this capability, but still at great cost.  The University of Queensland for example has installed 1.2MW of solar generation capability with the ability to store 200kW in specialised onsite batteries. Extending this beyond a research project requires the ability for electricity distributors to compensate generators for providing power when it is most needed.  The smart grid will provide a means to compensate for this investment and unlock other currently unviable means of network stabilisation.  When provided with a sufficient incentive, operators of datacentres could unlock the large capacities of stored energy they maintain to provide the shock absorber function to a network employing a higher percentage of renewable generators.

“Great, so what does it all mean to me?”

Realisation of the smart grid will not only allow for a higher percentage of renewable generation sources, but will truly leverage this green generation capability by reducing the need for coal-fired power stations to ensure network stability.  You get cleaner power, more reliably and delivered more efficiently.

Surely that can make us all breathe a little easier. 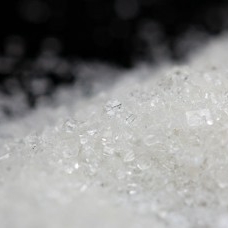 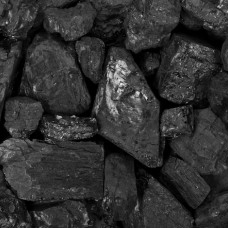